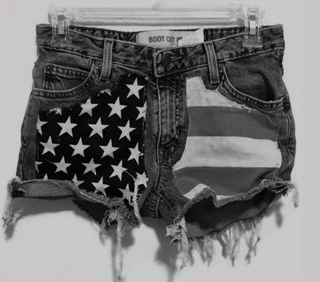 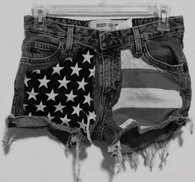 We hold these truths to be self evident: That all words are created equal and are endowed by their creator with certain inalienable rights among which is the right to life – to simply exist free of harassment; liberty – the right to be seen and spoken freely and used whenever deemed desirable. And happiness – the special joy that comes when they happen to say best what is in one's heart.

That the four letter words and their friends are especially deserving of attention and protection. They include but are not limited to the seven of Supreme Court Fame: fuck, shit, piss, prick, cunt, cocksucker, and motherfucker. Few other words have their force, directness, or clarity of meaning.

That for this reason, these words are deserving of special status as endangered species; to be treated with respect and their use encouraged in those circumstances for which they were intended.

That there is no such thing as "bad" words, only bad usage. No word is "obscene" by itself. Like all other words, those of the four letter variety should not be judged as separate entities but in the context in which they are employed.

That what is "obscene" is language used not to communicate but to obfuscate, to cloud our minds, to lie to us and manipulate us to buy useless and destructive products. What is "obscene" is not these isolated dirty slang words but the sanitized language of government and the media and the hucksters who control it: disinformation, sound bytes, weasel words. spinning, puffery, and a style of speaking characterized by a former President of Yale as "candid evasion," all of which may be safely subsumed under the rubric "bullshit."

That respect for language is respect for our humanity. Honor our words as we would honor ourselves. Deny none a hearing.

That language of by and for the people shall not perish from this earth... Fuck yes!

Give us your tired, your poor,
your much maligned phrases
Your shop-worn clichés and scabrous puns
Your huddled masses of vile and ill-tempered expressions
Your blasphemies, obscenities, and profanities
Your censored, your edited, your outright banned
Wretched refuse from the editorial cut
Struggling words yearning to breathe free
Send these, the homeless, the tempest-tossed to us

Encourage both the use of the four letter words and their protected status as well as the awareness that they are not to be used frivolously, nor overused, to the point where their power and meaning is diluted.

Expand and sophisticate your bawdy vocabulary. Buy the book! There are times when other sexual expressions and dirty phrases which might serve you better than those of the four letter variety. Become acquainted with these synonyms. Use them, saving the more incendiary words for those special moments when they alone say it best. Context and intent is everything in determining your choice of curse words.

Help further the creative use of dirty rude language. Send us your favorite dirty poems, quotes, sayings, sexual phrases and slang expressions and any interesting anecdotes or information concerning their use. Post them on our Sex Talk Blog.Support our work. Buy the book!