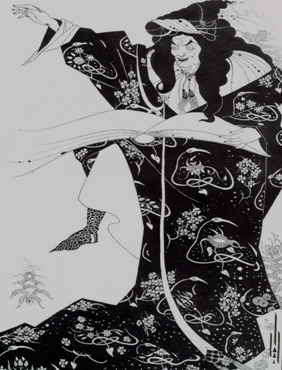 Bawdy Language is a sex reference book like no other. No mere catalogue of dirty word phrases or simple sex slang dictionary, it's more than that — much more. It's several books in one — a history of sex, the origins of curse words, a sexual satire and parody, a personal body manual, a collection of dirty poems & quotes, a social commentary, and a tasteful but biting editorial statement against the forces of restraint and convention.

Sex is easier done than said. Find yourself limited to a few choice four-letter slang words? Know little of the word origins of curse words? Stumble as to their proper usage? Lack elegant substitutes for dirty sex talk? Here at last are the dirty words you need. All are suggestive of the romanticism, cynicism, violence, and humor with which the actors, the parts, and the act itself have been viewed through the centuries.

Lawrence Paros now makes it possible for you to master the sexual lexicon. Combining a study of street-talk, with a survey of history, poetry, drama, and the great works of Western literature, Bawdy Language delves both into the word origins of curse words and phrases and the wide variety of synonyms for them.

No longer must your prurient thoughts remain inelegantly expressed. Add erudition and class to your gutter talk by mastering the argot. Remember, obscenity by itself is the last refuge of the vulgarian and the crutch of the inarticulate motherfucker. Here at last is the book that will show you how to talk dirty, yet command respect.

So pack up your fears and inhibitions. Throw caution to the winds. Get more fully in touch with your sexuality as well as your sense of humor. Learn about the real you. Don't tarry. Buy the book now! The price is right. And so are you!

The book comes in different sizes and versions: hardcover and paperback, e-Book and mini-eBooks.

"Bawdy Language" has more than 200 illustrations and drawings:

In summary: a delightful mix of Eric Partridge, Lenny Bruce and Monty Python for scholars and lay people alike.